Thornton is the managing partner of Williams Law Group, P.A. He has practiced governmental and administrative law for over 30 years. Thornton practices in the areas of transportation and governmental law, and executive and legislative lobbying.

Thornton has had an extensive legal career in Florida’s government, beginning in 1982 as an Assistant State Attorney prosecuting criminal cases in the Felony Division of the Second Judicial Circuit. He has served as an Assistant General Counsel to Governor Bob Graham and as a Staff Attorney and Deputy General Counsel for the Department of Business Regulation, and has also served on Governor Jeb Bush’s Transition Team. Thornton left the Department of Business Regulation in 1990 to become General Counsel for the Florida Department of Transportation, serving in that capacity until 1996.

In over six years with the FDOT, Thornton actively participated in policy deliberations, contract negotiations and high profile litigation. Thornton was also responsible for the cost recovery areas for FDOT. Between 1990- 1996, FDOT was exposed to approximately $10 – 20 million per year but paid out only approximately 10% in claims each year, due to his efforts.

He was one of five primary lobbyists for the FDOT before the Florida Legislature. He provided technical legal advice on all legislation for the FDOT. In addition to lobbying the transportation committees, he was also lead lobbyist on all claims bills before the Legislature. In 1996, he was recognized by the Chair of the Senate Judiciary Committee for his involvement in the settlement of the largest claim bill in the history of the state of Florida for $21 million for FDOT, which had an exposure of over 90 million dollars.

Thornton and his wife, Harriet, live in Tallahassee, Florida. 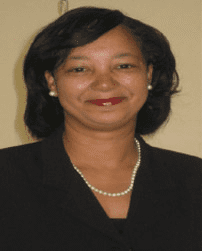 In 1996, Harriet was appointed by the Chief Judge to serve as the first Judicial IV-D Hearing Officer in the Second Judicial Circuit. She implemented the Visions of Manhood program in her courtroom which helped Fathers become educated about obtaining parenting time with their children. Harriet was also the First General Master in the Second Judicial Circuit and heard cases in Dependency, Family, Court Costs and Fines; Civil discovery Disputes, Pre trial Conferences and served as the Administrative General Master.

Harriet has served on numerous Boards and Foundations, was Volunteer of the year, has been recognized for her Leadership in the Tallahassee community and does Pro Bono work for Not for profit organizations. Harriet is Of Counsel with Williams McMillian P.A. and is currently a partner with Williams Law Group P.A

Harriet has been recognized for Extraordinary Service:Supreme Court of Florida and Office of Governor for Guardian Ad Litem Volunteers & Staff; Outstanding Judicial Officer, 2ndCircuit Dependency Court, Outstanding Leadership for Visions of Manhood, Second Judicial Circuit recipient of the Tobias Simon Pro Bono Award and Thunderdome Mentor Award for pro bono service. She taught Judges and Magistrates at the Advanced Judicial Studies College to and has been a Guest Speaker in Family Law Courses at FSU College of Law.

She is married to Thornton J. Williams, Esq. and they have three children.